On the 6, 7, and 8 of March 2010, the Campaign for Justice in Oaxaca and Punishment for the Assassins of Lorenzo Sampablo Cervantes went to the Isthmus region and stopped in San Blas Atempa, Juchitan de Zaragoza and Asuncion Ixtaltepec. The demand for justice was heard and supported by campesinos, women, youth, and community members from that region.

On March 6 in San Blas Atempa, the family of the architect Lorenzo Sampablo Cervantes hosted a meeting outside of the municipality with campesinos and women which was organized by the Indigenous Council of San Blas and the Community Radio Di’dxazaa. That same evening, posters were put up that demanded justice and an end to impunity. The family of Lorenzo Sampablo Cervantes spoke with the community and denounced the impunity that remains at large given the fact that assassins remain unpunished.

The family of Emeterio Marino Cruz who supports the Campaign also participated and expressed their indignation against the crimes committed by the bad government and made a call for reorganization of our struggles to achieve justice and dignity for our pueblos. In response, the community members of San Blas Atempa also expressed their indignation against impunity and stated their inconditional support for the Campaign for Justice in Oaxaca.

On Sunday, March 7th in Juchitan, the Campaign for Justice in Oaxaca was received by campesinos whom have been organizing against mega windmill project that was imposed by the bad government and other transnational energy corporations. The Assembly in Defense of the Land and Territory made space so that the Campaign could be disseminated and so that the family could publically denounce the assassins. The family of Lorenzo Sampablo also manifested their recognition of the struggle in defense of the land that the campesinos in the Isthmus have strongly maintained.

Trinidad Sampablo Cervantes, sister of Lorenzo, stated, “his struggle is also our struggle, we are going to keep going, publicly denouncing the assassins, those who have robbed lives, and those who have robbed our lands which we inherited from our ancestors. Thank you very much, compañeros, for participating in this campaign. We will continue going to different places, we will continue receiving support from communities, from the teachers, and conscious peoples because we need to change this current government. Thank you very much compañeros and hasta la victoria siempre…Lorenzo didn’t die! Ulises murdered him!

Later that evening at Radio Totopo 102.5 FM, the campaign was received and aired a live interview to learn more about the motives, causes, and goals of the Campaign. The community radio stated their support and made a call out to the Zapotec indigenous community to also support the campaign, explaining that the struggle for justice, liberty, and peace with dignity continues and that organizing and mobilizing is necessary in order to maintain strong in the struggle.

The last meeting was held with youth at the Asuncion Ixtaltepec High School on Monday, March 8th in a classroom where dozens of youth listened closely to the message of the family and friends of Lorenzo Sampablo Cervantes. During the presentation, various youth expressed their support for justice and also expressed their dissatisfaction of injustices in Oaxaca: “I was in middle school when this happened. Time passed and we are aware that these social movements are growing. Three long years have passed, I am now in my third year in high school, and we know that there are many disappeared and dead. This is something that the youth should know”. 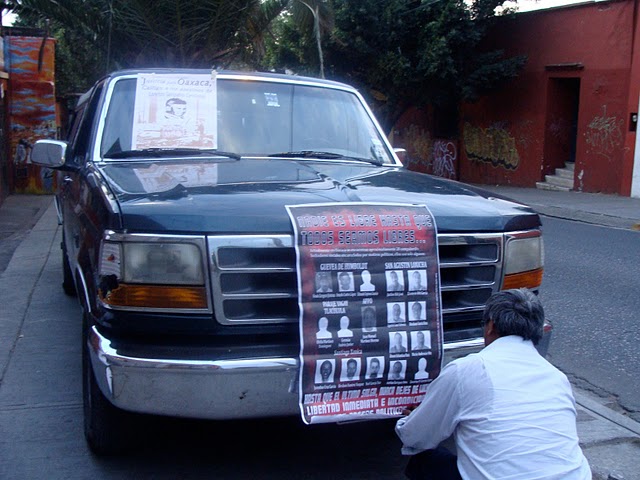 The family prepares to take off to the Isthmus Region. 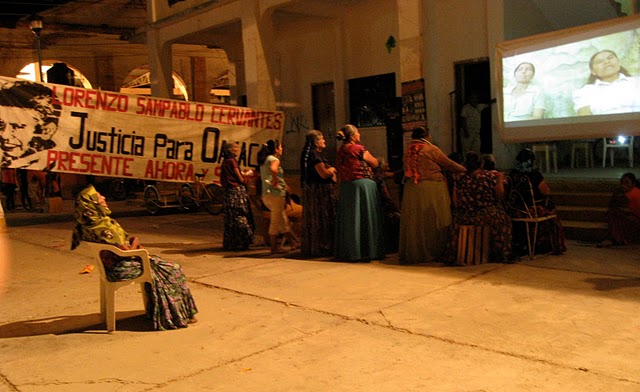 Women in San Blas, Atempa gather to hear about the Campaign for Justice in Oaxaca 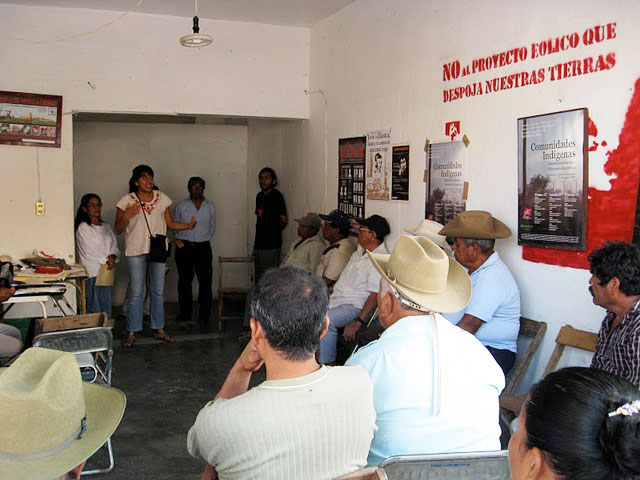 Participants of the campaign speak to campesinos in Juchitan. 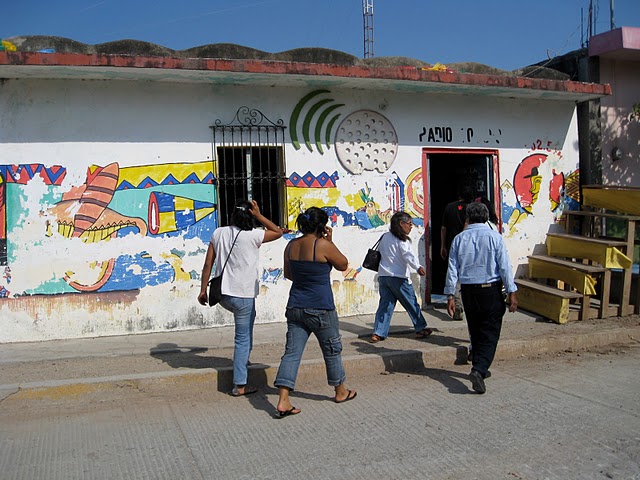 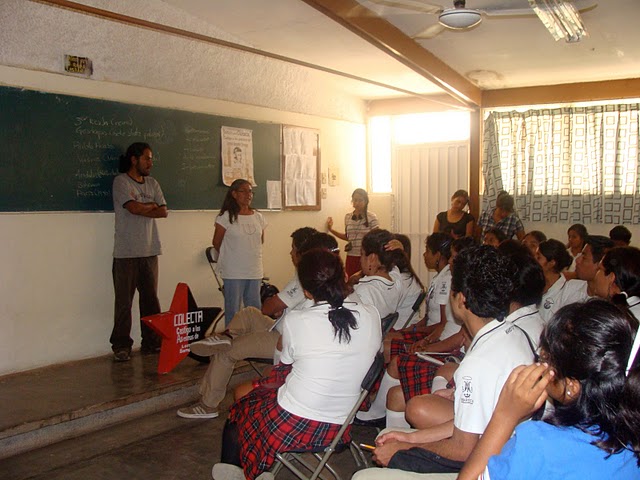