Today, July 30, 2010 at approximately 12:15, just after noon, a group of heavily armed UBISORT men accompanied by state police who were also heavily armed, went into San Juan Copala shooting into the air, striking the women comrades, and then violently occupying the Municipal Government Building.

As has been reported in a number of different news media, the acts of provocation against the autonomous municipality began on Monday, July 26, when UBISORT paramilitaries shot up the community space for two hours, wounding 35 year-old María Rosa Francisco, who has been disappeared since she went out for firewood that day. The paramilitaries shot everything that moved, including dozens of domestic animals. 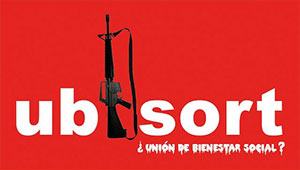 These acts were a prelude to what happened yesterday, Thursday, July 29, when paramilitary leader Anastacio Juárez was killed. He was a UBISORT member and brother of PRI paramilitary leader Rufino Juárez, the main person responsible for the ambush of the peace caravan on April 27 of this year and the cowardly murders of Bety Cariño and Jyri Antero

The style of the killing of this paramilitary leader in an undetermined spot, whose body was “recovered” by state authorities precisely in San Juan Copala, is the same as that of the executions of Aristeo López and Alejandro Barrita, high level police commanders directly responsible for the repression against APPO comrades in 2006. His death only benefits the government. Those who could be direct links between the crimes against the people and Ulises Ruiz are eliminated and their deaths serve as a pretext for criminalizing the popular movement.

Today, the pretext for the entry of the Ubisort paramilitaries and the Oaxaca State Preventive Police into San Juan Copala was the recovery of the body of this dangerous paramiitary. At approximately 2:20 in the afternoon, the police left, but the UBISORT paramilitaries stayed in the Municipal Government Building. It is now in their hands. The entire police operation ordered by the state government served to leave the presidential offices under the control of paramilitary groups.

We affirm that the process of autonomy of the indigenous people in our state, despite the repression, continues to be the road towards constructing the peace and dignity that generates life alternatives for our peoples, communities, and neighborhoods.

The repression against the Triqui people outrages us and summons us to act against the attack on the people of San Juan Copala. In view of the above, on Saturday, July 31, we call for a

CONCENTRATION IN THE CITY OF OAXACA

outside the Federal Courtrooms at Llano at 10 o’clock in the morning.

We also extend this urgent call to all the men and women of Mexico and the world who are filled with grief and rage by these criminal acts to demonstrate outside Mexican embassies and consulates and show your solidarity in any way possible with the autonomous municipality of San Juan Copala, shouting out loud:

¡¡¡¡¡ UBISORT PARAMILITARIES OUT OF THE AUTONOMOUS MUNICIPALITY OF SAN JUAN COPALA!!!!

¡¡¡¡¡ STOP THE REPRESSION AGAINST THE AUTONOMOUS MUNICIPALITY!!!

¡¡¡¡PUNISHMENT FOR THE MURDERERS OF BETY CARIÑO TRUJILLO AND JIRY JAKKOLA!!!!!!