Federal officials announced that the new military police has been deployed throughout the entire Mexican territory, with 58,602 troops under the command of the new force, distributed to 150 General Coordinations.

The total amount will be 231,964 troops which will be patrolling throughout the entire nation. 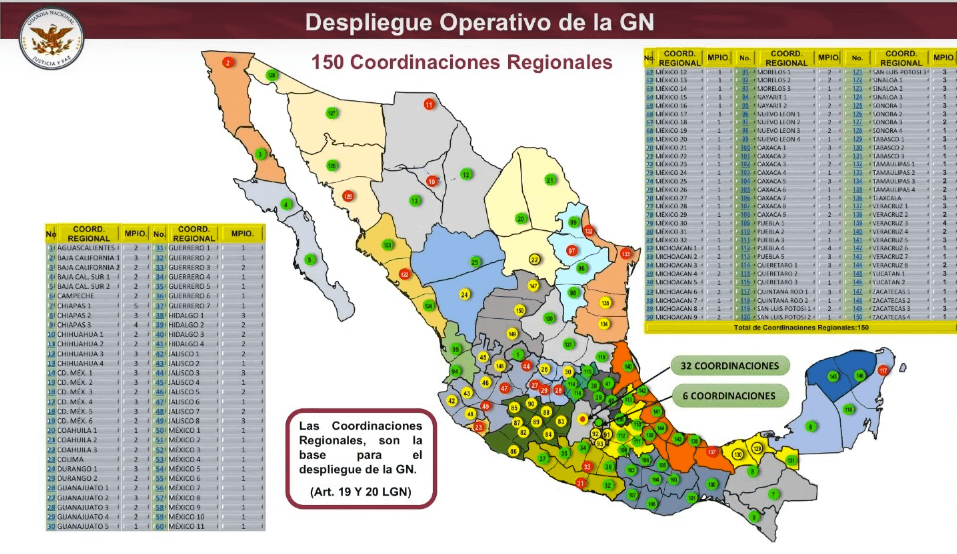 The training received by the troops within the National Guard is being conducted with the guidance of the Army and the Marines. “SEDENA and SEMAR are taking lead of the National Guard, accompanying its strengthening.” Declared the Mexican President during the press conference.

In terms of training, Luis Rodriguez Bucio clarified that a course for veterans entering the National Guard has been designed, as well as a course for new personnel. In addition they informed the public that in order to train new troops courses are being developed by the Heroric Military College, as well as in the Military Sargeants School.

With regards to the course materials covered, Bucio clarified that it would be “Primarily Human Rights, attention to victims of crimes, gender perspective, and culture of legality”. With this information the officials assure that the government in turn intends for train troops who can guarantee peace and security for the Mexican population.

Many organizations and divers sectors of civil society however have little confidence in the initiative.

“The country’s armed forces are created for war, not for public security, and they have committed serious civil abuses with generalized impunity” affirmed the organization Human Rights Watch in a communique.

“They have also not accomplished reducing violence in Mexico and it is possible that in fact, they have been a key factor which has contributed to the drastic increase in homicides these past years.” Added the international organization.

According to a study conducted between January 2007 and June 2017 by the Mexican Commission for the Defense and Promotion of Human Rights (CMDPDH), the armed forces, the Army and the Marines were the security institutions which had participated in the most serious violations to human rights such as torture, disappearances, and executions. 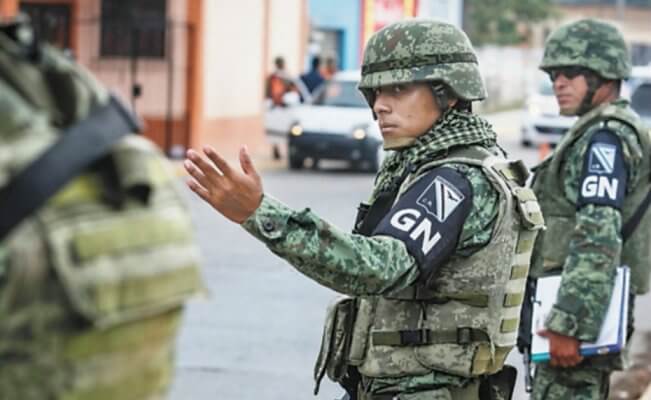 It is important to note that the now commander of the Nacional Guard Luis Ramirez Bucio is a graduate of the U.S. Army School of the Americas (today named the Western Hemisphere Institute for Security Cooperation) located at Fort Benning in the state of Georgia in the USA.

This school has trained tens of thousands of troops from throughout Latin America in tactics for counter insurgency, torture, espionage, and intelligence. Its graduates have participated in all of the counterinsurgent operations carried out in Latin America during the last 8 decades.

Lopez Obrador declared that the 150 coordinations with reach their total complete amount of 266 by next year.

He also clarified that in addition to the National Guard at a federal level, the government wants to increase the the number of state and local police in the entire country. The new recruits will receive training by the Army and the Marines.

“There is a funding packet which is for security, and what we are proposing is that this fund, which is approximately 10 billion pesos for States and municipalities be used to contract additional recruits and that we reach and agreement so that SEDENA and SEMAR help us in the training of these new recruits. So that this way in act together in a coordinated fashion, and we strengthen the presence of security elements.” Clarified the president.

Red Zone in the South-Southeast

In terms of the distribution of the troops throughout the national territory, Luis Ramirez Bucio clarified that the bulk of the of the General Coordinations are located in the south and the southeast of the country as well as in Mexico City and the State of Mexico.

We can also see that in the Yucatan Peninsula which includes the states of Tabasco, Chiapas to Campaeche, Yucatan and Quintana Roo, which represent relatively low crime rates a total of 27,052 troops have been deployed.

In comparison, states with much higher crime rates, which are experiencing open war situations within criminal organizations received a much lower amount of troops: 4,053 arrived in Durango, 6,401 arrived in Sonora, 7,279 arrived in Chihuahua, 5,550 arrived in Baja California, and 4,535 arrived in Nuevo Leon.

All of this indicates that the newly created National Guard will be used more to ensure the development of mega-projects driven by the current administration, as well as to surveil the indigenous communities who are resisting to conserve their territories rather than to protect citizens.

In fact in Chiapas, the Zapatista National Liberation Army (EZLN) announced this past 17th of August that they have created 11 additional Centers for Autonomous Resistance and Zapatista Rebellion (CRAREZ)

The trans-isthmus corridor in Oaxaca and Veracruz, they Tren Maya in the peninsula of Yucatan are priorities within the current president’s agenda, as well as hundreds of other mining, hydroelectric, wind energy, and other development projects throughout the South-Southeast of the country.