Yesterday May 6, the House of Government of the state Oaxaca in Mexico City was the scene of a protest against the violent removal of a camp set up to demand the suspension of activities at the Cuzcatlán in San José Progreso, Ocotlán, Oaxaca. Around 25 demonstrators shouted out for the release of 20 people arrested during the evacuation, which took place on Wednesday morning May 6, around 8 o’clock. More than 2500 state and federal police firing their weapons used tear gas, police dogs, and vicious beatings to clear the camp away.

In recent months, the government has responded to opposition to the expropriation of lands in Ocotlán, the heavy use of explosives to blast tunnels, damage to private homes, lead pollution, and acid runoff causing many illnesses, with a campaign of kidnappings, threats, harassment, and attacks against the movement.

During the rally, the House of Government was embellished with urban art as we demanded the release of all people arrested and the freedom of all political prisoners in Oaxaca, including Abraham Ramírez Vázquez, Victor Hugo Martinez Toledo, and Miguel Ángel García. 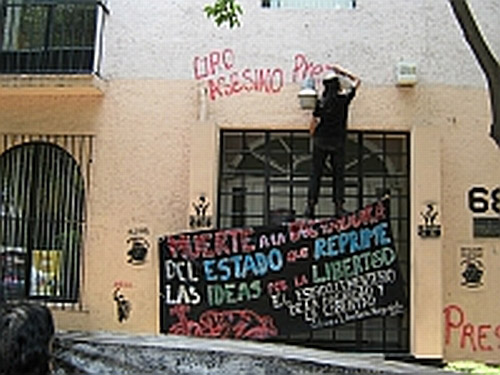 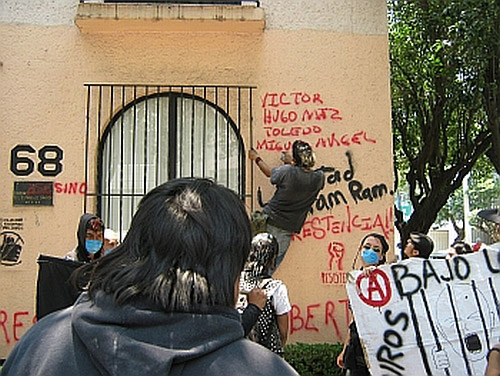 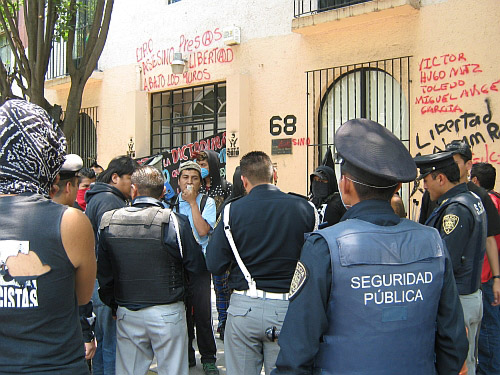