Wednesday, April 28, 2010. Some hours after getting the news that comrades were fired upon, killed, wounded, and disappeared by UBISORT paramilitaries yesterday afternoon in the La Sabana community in Oaxaca, two different rallies were held in Mexico City.

Around 1 p.m., approximately twenty members of the Women Weaving Resistance collective, La Otra Cultura, La Otra Obrera, and a family member of ex political prisoner Adán Mejía, protested the attack on the Caravan outside the Oaxaca Government Headquarters in Mexico City with chants, music and graffiti.

A few hours later, the demonstrators joined about 200 other protesters outside Mexico’s Interior Ministry in a rally called by graduate students in Rural Development of the Metropolitan Autonomous University at Xochimilco and members of the Triqui community in the capital city.

They called on people to “demand justice for the brutal ambush perpetrated by the Oaxaca state government and the paramilitary Social Welfare Unit of the Triqui Region (UBISORT) against the Peace Caravan made up of different organizations including Oaxacan Voices Constructing Autonomy and Freedom (VOCAL); the Community Support Center Working in Unity (CACTUS); the Network of Radios and Communicators of Southeastern Mexico; the Mexican Alliance for the Self-Determination of the Peoples (AMAP); APPO Council members; Section 22 teachers; international observers from Belgium, Finland, and Italy; and journalists from different news media, who were all on their way to the Autonomous Municipality of San Juan Copala to deliver food, supplies, clothing, and blankets to the civilian population, which has been living under a siege implemented by UBISORT and backed by the state government for the last few months”.

In an interview, Victor Castillo Pérez, originally from San Juan de Copala and now living in Mexico City, explained: “The siege was imposed in the last months of 2009. The paramilitaries have killed a number of people and everybody lives under constant threat of death with no water, no light, no classes, no medical attention. Yesterday, the Caravan intended to break that siege, and the current situation resulting from the attack may be used as a pretext to militarize the whole region”.

With regards to the militarization of the country, it’s important to note that on the same day of the vicious attack, the federal Senate of Mexico approved a National Security Law that allows Ulises Ruiz or any other governor to request the presence of the armed forces in his state, and that gives the National Security Council (now presided over by Genaro García Luna, exonerated of his crimes in Atenco) the responsibility to determine the geographic area and length of stay. And who is charged with making sure the House of Representatives passes the bill? None other than the distinguished repressor now absolved of his role in Atenco and rewarded with the position of House Chairman of the National Defense Commission –Ardelio Vargas.

At the protests, there was a strong sense that any one of us could have been killed, wounded, or disappeared simply for participating in a peaceful activity like a humanitarian caravan. There was also strong clamor to see justice done for the deaths of CACTUS director Beti Cariño and human rights observer Juri Jaakkola of Finland and for the bullet wounds suffered by Mónica Citlali Santiago, as well heartfelt demands for the live presentation of the VOCAL comrades David Venegas and Noé Bautista; Contralinea reporter Érika Ramírez and photographer David Cilia; international observers Viris Jacola and Meni Morne from Finland, David Casinori from Italy, and Martín Santana from Belgium, and possibly as many as 14 other disappeared people. 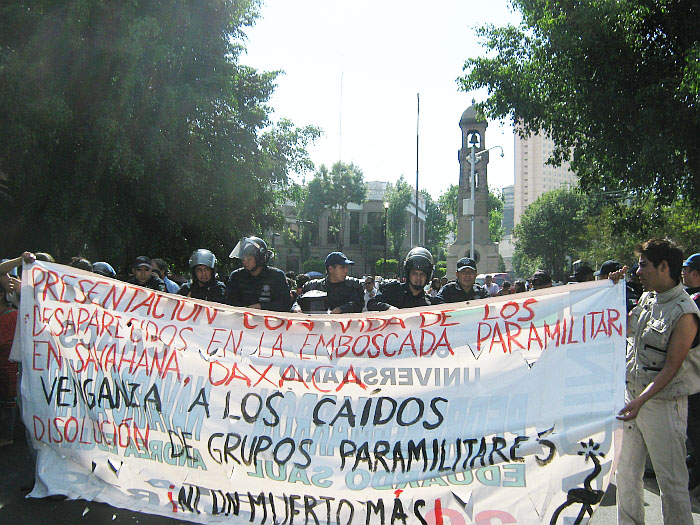 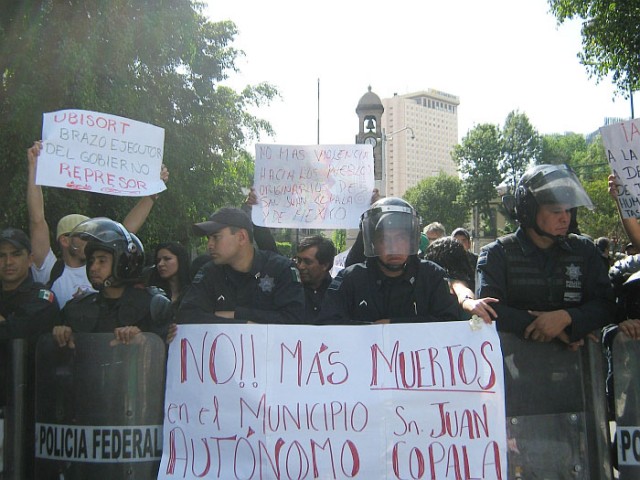 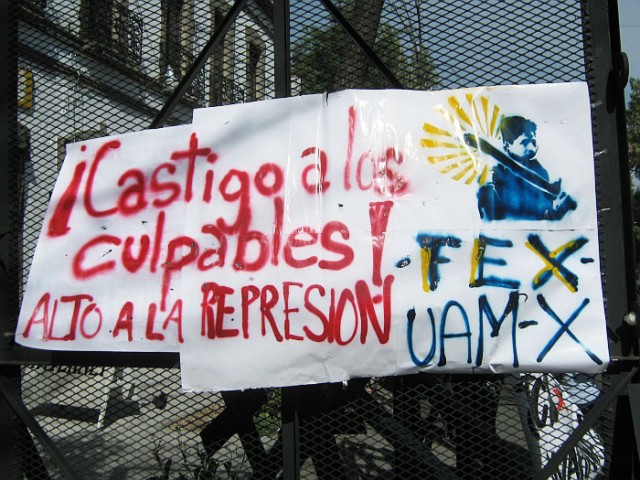 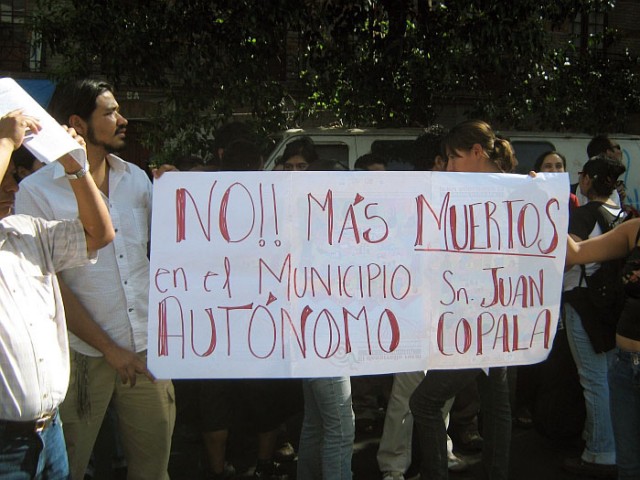