The officials went to the site where the transmission equipment was located. There they handed the compañero a document, dated August 17, 2016, which indicated that indicated the inspectors were charged with inspecting/checking the broadcast equipment transmitting on the 102.1 MHz frequency. In addition, they intimidated the compañero by threatening to take away his home if he didn’t let them in. Faced with this threat, the compañero let the inspectors in. The equipment removed by the federal inspectors were: a low-power frequency modulation transmitter, a circularly polarized antenna, and a transmission line (RG8 coaxial cable). 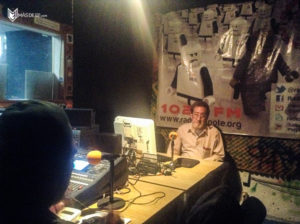 It’s important to note that for three months, Radio Zapote has not broadcasted using Frequency Modulation (FM), which means that at the time the inspection was ordered by the IFT, the broadcast equipment had been turned off. In spite of that, the inspectors took the equipment without leaving an official notice about the seizure; nor a document that noted the transmitter was turned off, or even that it had been in operation.

Upon finding Radio Zapote’s transmission equipment turned off, there was no reason for its seizure. Therefore, we believe that the Federal Telecommunications Institute committed robbery, as there was no crime occurring.

Since Enrique Peña Nieto’s announcement of telecommunications and broadcast reform, different sectors of civil society have pointed out its regressive and authoritarian nature. A reform that criminalizes community broadcasting; along with limiting their ability to generate resources that allow for their dignified and independent existence.

These blows against independent media and journalists occur within a context of attacks against the voices that transmit the many realities of this country, above all, the severe human rights crisis that exists in Mexico.

This new aggression is part of a series of harassment against our informational and journalistic work. Harassment from the current leadership of the National School of Anthropology and History (ENAH), where the broadcast booth is located. Each and every one of the actions taken against Radio Zapote have been documented and made public through our website and social networks.

Radio Zapote is a community, student and popular radio station that originated in 2001 during the March of the Color of the Earth and the visit and hosting of the leadership of the Zapatista Army of National Liberation (EZLN). The creation of this station is the result of will and effort since 2002, the year when members of the collective were able to retake a lab that had been serving as a store, which was outfitted as the space and broadcast booth of Radio Zapote. For 15 years, Radio Zapote has functioned as a self-managed and independent space, critical of the various school administrations that have tried on several occasions to coopt and silence the work of free expression created from the booth of this station. Over the years, it has been able to fund a cafeteria, a space providing organic coffee at affordable prices to ENAH students, free and uncensored internet, workshops and exhibitions on topics of interest for the student community. 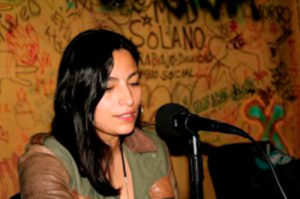 Summary of the context of aggressions:

In November 2015, during the elections to name the new leadership of ENAH, the current director, Julieta Valle, began to threaten the space with eviction, launching a series of implausible accusations against Radio Zapote and against self-managed student spaces in general.

In January 2016, Arturo Camas, who worked in the Audiovisual Media Department at ENAH, was arbitrarily fired. His dismissal was related to his membership and participation in the Radio Zapote team. In the months following this, the threats grew.

During the vacations, between July and August, the station’s telephone service suffered an attack, mysteriously the cable running from the telephone pole to Radio Zapote’s booth was cut, leaving us unable to broadcast online, which caused the interruption of some of the live programs; as well, the internet that Rizoma Cafeteria and Radio Zapote offered dozens of students on the shared network was affected and the school’s internet service, as we’ve noted, is useless.

In the early morning of June 17, 2016, access to our site, www.radiozapote.org, was compromised with a type of “brute force” attack that took advantage of the site’s vulnerabilities, leading it to be removed from the server. This caused the partial loss of the station’s historical archives. Our work on Ayotzinapa, Cherán, with the Yaquis and much pre-2012 coverage was lost. The attack hit our webcasting ability, we had to make use of our resources to hire someone to help us rehabilitate the site, which for us meant starting from scratch.

On August 22, around noon, a locksmith was discovered forcing open the main door to Radio Zapote and Rizoma Café, located on the second floor of the main ENAH building.

We will continue to denounce the aggressions against us by practicing our free expression before national and international bodies and through our station. We will continue reporting on the political situation in our country, in particular the severe violations of human rights. 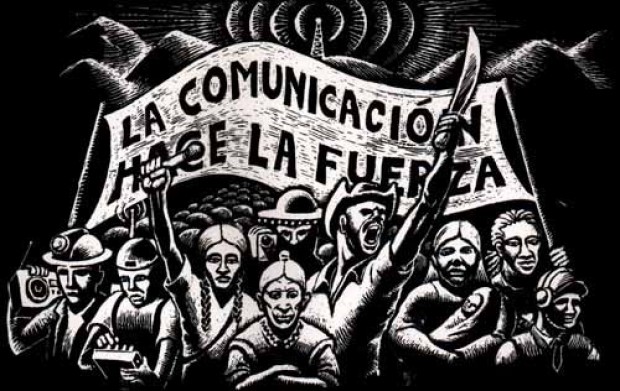