Albert Woodfox got out of prison on February 19, 2016, after spending 43 years in isolation, that is to say, in solitary confinement.  Robert Hillary King had been released on February 8, 2001, and Herman Wallace on October 1, 2013, three days before he died of cancer. They are known as the “Angola 3” for organizing a chapter of the Black Panthers in a prison widely recognized as the most violent in the country on a former slave plantation in Angola, Louisiana, which continued to function in much the same way.

In this autobiographical work, Albert Woodfox tells us of his childhood and youth in the Black community of Tremé in New Orleans, his incarceration in Angola and other prisons, his dawning consciousness, and the work of the Angola 3. He writes about what they achieved in conditions of torture and white supremacy as well as the support they received from the New Orleans Panthers and others. At every step of the way, he reflects on his anxieties, hits and misses, and what he learned.

When Albert was arrested for petty crimes in 1965, a judge asked him whether he’d rather do four years in a county jail or two years in the Angola penitentiary. He knew that his neighbors respected people who had survived Angola, so he said, “I thought it would be an honor to go there. I chose Angola”.

Counting the time he was sent back for parole violations, he spent a total of 16 months in what he describes as a prison spread out over thousands of acres of land, where 99 percent of the prisoners who worked the fields were Black, supervised by white guards on horseback with shotguns.  “The legacy of slavery was everywhere. It was in the ground under our feet, in the air we breathed, and wherever we looked.”

As soon as Albert got to Angola, he heard about “fresh fish day,” the day first-time prisoners were taken into the general population and sexual predators lined up to find their next victims. “Sexual slavery was the culture at Angola,” he said. “The administration condoned it.”

Albert says he was always scared but kept it hidden. He learned that being cool in prison could mean the difference between life and death. There were times though, when he did have to fight to protect himself or to maintain his reputation as a fighter who never gave up. Twice he got sent to the “hole” with the most horrendous conditions imaginable, and twice he survived. When he got paroled, he was given $10 and a bus ticket at the front gate.

Back on the streets of Tremé, Albert was arrested again in 1969. He escaped from the New Orleans city jail and went to New York City, where he almost immediately landed in the prison known as The Tombs. There he met Black Panthers for the first time, and participated in two prison uprisings. When he was sent back to New Orleans with a new social consciousness, he met Panthers in jail there. In talks with them, he joined the Black Panther Party, and it was decided that he would organize a prison chapter upon being sent back to Angola.

When Albert met Herman Wallace and then Robert King in Angola, he knew that they, too, had become Panthers in New Orleans, and the three began to work together. They invited other prisoners to discuss the 10 Point Program of the Black Panther Party and talked about the influence of institutionalized racism on their own lives. Albert began to feel bad about crimes he had committed against people in his own Black community and talked to Herman and the others about it. They felt the same way and decided to adopt a principle of not doing harm to anyone.

Albert and Herman were framed for the murder of prison guard Brent Williams, and King was set up for the murder of another prisoner in Angola. All were given life sentences. For years, the three fought their own cases as they worked to organize a chapter of the Black Panthers, struggling to bring about changes in the conditions in the fields, and against the prison sex-trade business and body-cavity strip searches. They organized an anti-rape squad and held a long hunger strike against the filthy conditions in which food was delivered. They also encouraged self-education and led study groups.

The Angola 3 spent decades in solitary confinement, both in the unit known as Closed Cell Restriction (CCR) and in even harsher areas such as the infamous Camp J. They knew from their own experience that solitary confinement was torture and began to organize protests, write about it and initiate lawsuits in the courts.  Their struggles were repeatedly opposed by Angola prison director Burl Cain and Louisiana Attorney General Buddy Caldwell, who both argued that Albert and Herman could not be allowed to live in the general population because they would be stirring up the other prisoners with their “Black Pantherism.”

After King was released in 2001, he worked nonstop with New Orleans Panther Malik Rahim, other former Panthers and activists, and a team of excellent lawyers to free Herman and Albert.

Herman’s death immediately after his release in 2013 was heartbreaking for Albert and King, and they carried his legacy with them as they worked for and finally gained Albert’s freedom on his birthday in 2016.

After spending time with family and friends, Albert visited Yosemite National Park – something he had always dreamed about.

Since then, Albert and King have traveled all over the world, talking about their experiences and building a movement to end the torture of solitary confinement.

Albert says: “Don’t give up…For 44 years I defied the state of Louisiana and the Department of Corrections. Their main objective was to break my spirit. They did not break me…I did not lose my humanity. I bear the scars of beatings, loneliness, isolation and persecution. I am also marked by every kindness.” 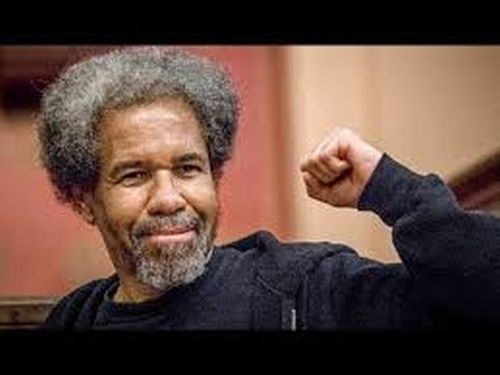 Many thanks to the A3 Coalition for their support and constantly making information available. At this link it is also possible to get in touch with Albert Woodfox and Robert King. www.angola3news.com

To get a copy of the book, the publisher’s page offers some alternatives of where to look.  https://groveatlantic.com/book/solitary/

Carolina Saldaña can be reached at espirales@riseup.net

She is also author of the book Agosto Negro: Presas y presos políticos en pie de lucha. To read online or download a copy of the book published by  SubVersiones, vean: https://subversiones.org/PDFs/agostonegro.pdf