With sorrow and rage, thousands of Mexican people are mourning the assassination of Samir Flores Soberanes and promising to carry on on his commitment to the defense of the land, water, education, grassroots communication and autonomy of the people.

On February 20th at 5 o’clock in the morning, Samir Flores was killed just outside his front door in Amilcingo, state of Morelos. “Around 5 o’clock in the morning, two carloads parked outside his house and began to call him until Samir went out; four shots were heard and two of them hit him in his head, killing our comrade,” says a statement released by the Peoples’ Front in Defense of the Land and Water in Morelos, Puebla and Tlaxcala.

People immediately began to arrive in his town for the wake that was held with much love and affection.

A message from the Assembly of the Peoples of Morelos (APPM), which Samir founded, says: “We have no more boys, girls, sons, daughters, wives,  husbands, sisters, brothers, fathers or mothers to sacrifice…We have no more tears to cry.”

Samir was then sown in the earth, from which many more forms of struggle will surely spring.  Since then, there have been protests and acts of solidarity in Amilcingo, Huezca, Puebla and Mexico City, and messages of support have arrived from different parts of Mexico and the world.

“Cheerful, brave, untiring, solidary and committed, with clear ideas, Samir was an example of struggle for all of us,” say his comrades in the Front.

They highlight the fact that this Nahuatl indigeonous man was the founder of the Amiltzinko Community Radio100.7 FM, and that he worked with the children in the community “teaching them to know and love their territory.” He also belonged to the Parents’ Committee of the school in Amilcingo.

For many years, Samir has also been a member of the National Indigenous Congress (CNI). A communiqué from the  CNI-CIG-EZLN reads: “We hold the bad government and its bosses—corporations and armed groups that operate both legally and illegally—responsible for this crime, through which they intend to rob us blind, kill us off, and extinguish the glimmers of light that give us hope, which is what our compañero Samir was to us.” 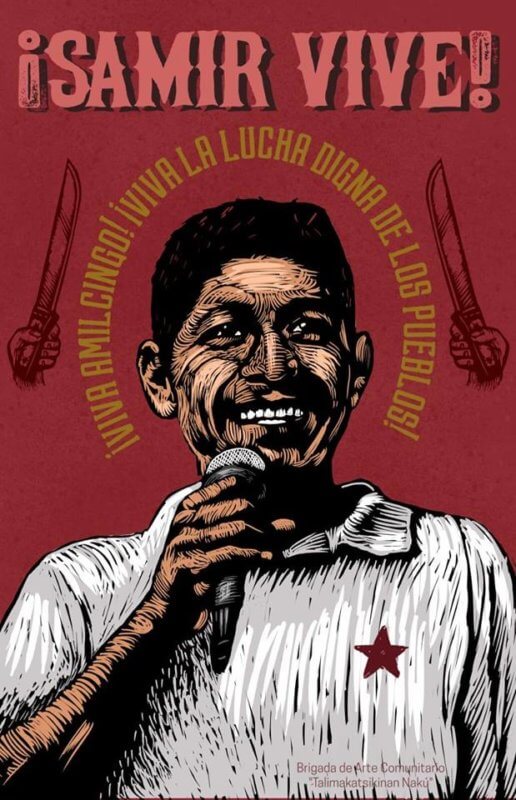 For almost a decade, Samir Flores Soberanes  fostered resistance to an energy project proposed by the Felipe Calderón regime, with no free, prior, informed consent as required in  the  International Labor Organization  Convention No. 169 on Indigenous and Tribal People, and other international accords.

The project consists of two thermoelectic power plants in the nearby town of Huexca, to be fueled with gas from the state of Puebla, by means of a gas pipeline that would run along the outskirts of the Popocatépetl volcano, affecting the mainly indigenous communities in the states of Tlaxcala, Puebla and Morelos, including the town of Amilcingo. The Statement of Environmental Impact revealed the dangers involved in having a gas pipeline in the area of the volcano.

A gas pipeline that goes right up to the volcano? Isn’t that crazy? asked a 10-year-old.

Andrés Manuel Lopez Obrador said the same thing in 2014, when he visited Huexca during his campaign for the presidency of Mexico and vowed to cancel the project. Now that he is President, everything’s changed, and the interests of the huge multinational corporations rule.

Last February 10th, in a rally held in the city of Cuautla, the President announced a consultation that is illegal, illegitimate and unequal, and accused opponents of the Huexca project of being “leftist radicals” who are also “conservatives” for not favoring the “change” that he is proposing. During the rally,  Samir and his comrades denounced the damage that the project would do in their communities.

On February 11th, the Front sent a letter to Lopez Obrador, warning him that  his “consultation”  could lead to violence in the affected communities.

On February 19th, the delegate of the federal government in Morelos, Hugo Erick Flores, participated in an “informative assembly” in Jonacatepec, near Amilcingo. There, Samir Flores received applause for his arguments against the megadeath project, including a reduced supply and lower quality of water in the affected communities, as well as the production of acid rain caused by the gas from the power plant.

On both occasions, Samir denounced the “consultation” planned by López Obrador throughout the state of Morelos, ignoring the long struggle in the communities directly affected by the project. The president said that he’s sorry about Samir’s death but that the consultation will go on as planned. 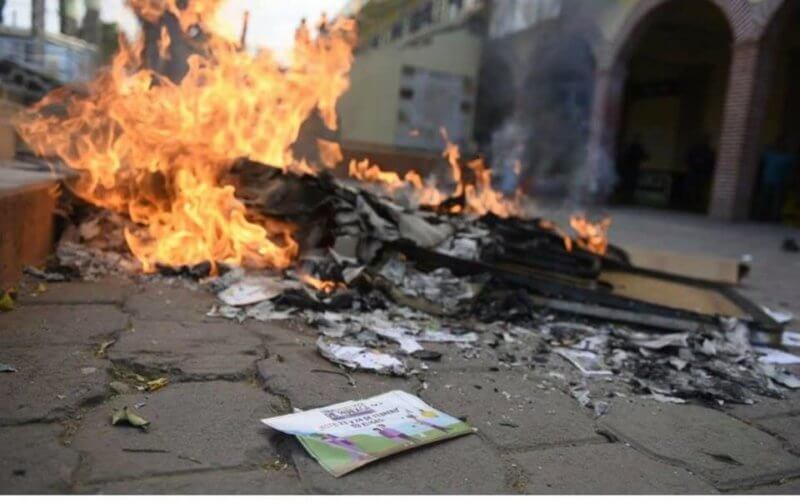 Today, February 23rd, the first day of the consultation, there have been ballots burned at polling points and arrests of comrades who were handing out information about the risks of the power plant.

Samir lives on and the struggle goes on!