Up until now, Enrique Peña Nieto hasn’t been able to make a public visit to the city of Oaxaca because too many people have come out against it. But last September 7th, the chief executive took advantage of the inauguration of the Cultural and Convention Center to make a brief surprise visit.  His stated goal was to attract big investments from the 900 businessmen attending Mexico’s 24th Foreign Trade Conference.  And in order to attract those investments, he planned to show that the rebel city has become a stable place, where all protests are under control and a state of law prevails.

END_OF_DOCUMENT_TOKEN_TO_BE_REPLACED 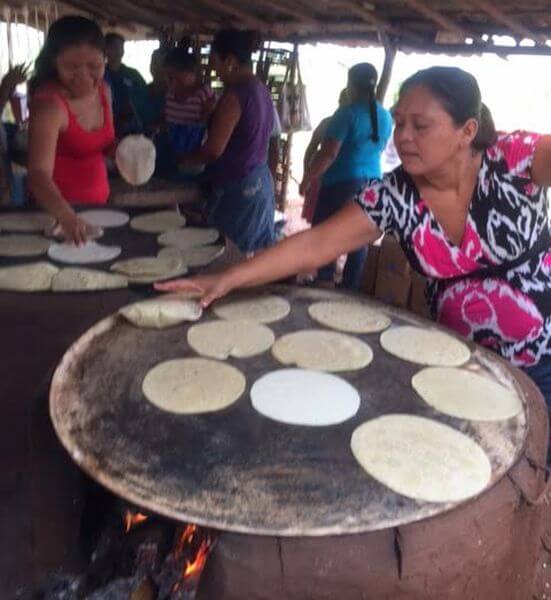 END_OF_DOCUMENT_TOKEN_TO_BE_REPLACED

First of all, we want to send our deepest respect and revolutionary greetings to our Mexican sister, from the mountains of Kurdistan to the Sierra Madre mountain range beyond the oceans. Despite the rivers, mountains, deserts, valleys, canyons and seas that separate us, we are indigenous sisters and brothers, no matter what part of the world we are in.

With you, we share our struggle, our resistance against occupation and colonialism, and our dream of a free life, and in this sense, we who belong to the Kurdish Liberation Movement declare that we consider the struggle for self-determination, self-administration and self-defense of the indigenous peoples of Mexico organized in the National Indigenous Congress (CNI) as our own struggle, and we support you on the basis of principles of revolutionary solidarity.

Indigenous peoples are the veins through which the most important social and cultural values of humanity have been transmitted, from the first moments of socialization until our times. Without a doubt, no people is superior to another, but at a time when capitalist modernity is trying to destroy every communal value, indigenous peoples are the safeguard of the social fabric of all humanity. Thousands of years of collective memory resurge in our songs, our rituals, our prayers, our tattoos, our dances and our traditions. And so the struggle for our own identity against the efforts of capitalist modernity to erase the roots and the memory of our peoples becomes the most meaningful of all forms of resistance.

END_OF_DOCUMENT_TOKEN_TO_BE_REPLACED

The excerpt reproduced below in English includes the Introduction of the book and a section of Chapter 1 entitled “The tradition of Black August”.

In commemoration of the Black August tradition that emerged in the 1970s to honor George Jackson and other comrades in the revolutionary movement inside the prisons of California, we extend our solidarity to dozens of political prisoners of the Black Liberation Movement who have been locked up in the prisons of the United States for decades.

END_OF_DOCUMENT_TOKEN_TO_BE_REPLACED

Last March 4th, the Caravan for a Fair Wage and Decent Life began with a blockade of the Transpeninsular Highway by the day laborers from the fields of the San Quintin Valley. The workers then went on to cover 3,000 kilometers, arriving in Mexico City on March 17th.

Two years ago, the strike of thousands of farm workers brought to light the appalling conditions in which at least 80,000 men, women and children toil as day laborers in Baja California agribusiness. The hours are long, up to 14 hours a day with no rest on the weekends at a deplorable wage, with no vacations, no social security and no decent housing with basic services.  Striking workers denounced human rights violations, and especially sexual abuse and harassment of the mainly indigenous women workers by the foremen.

In response to a call sent out by the National Democratic Independent Farm Workers Union  (SINDJA) and the Alliance of National, State and Municipal Organizations for Social Justice, this year’s Caravan was organized to protest non-compliance of agreements reached with federal and state government officials in Baja California. The struggle continues for decent wages and benefits, the right to social security and an end to the sexual harassment of women.